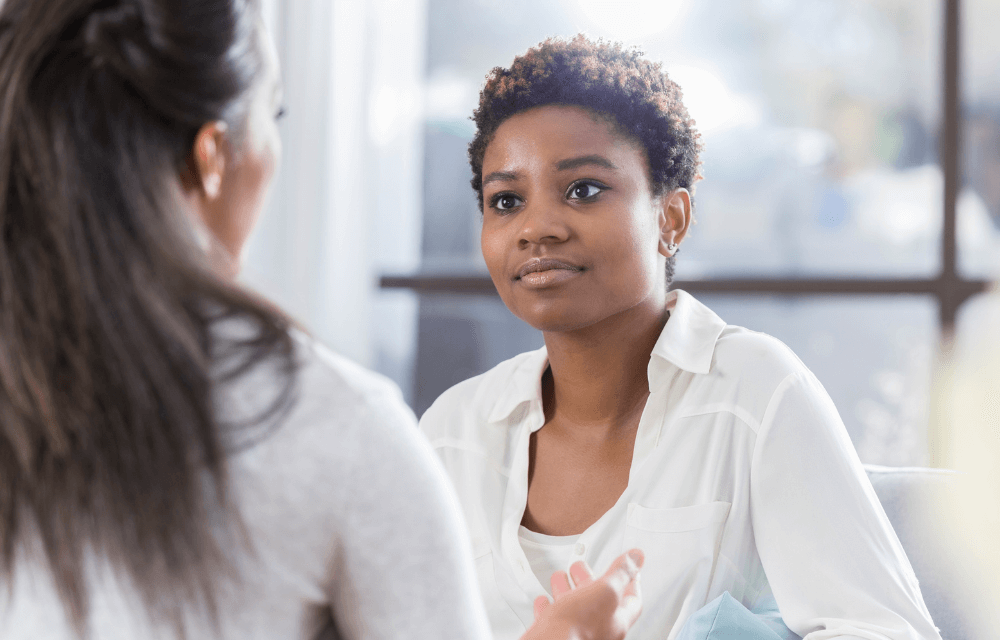 Barriers to Eating Disorder Treatment for People of Color

BIPOC Mental Health Month is a time to educate ourselves on the unique mental health challenges and needs of people of color in the United States. Among these mental health issues are eating disorders, psychiatric illnesses that regularly go under-recognized and under-treated in communities of color. The reasons behind this gap are complex, ranging from eating disorder stigma and provider bias to treatment access and cultural forces.

In this article, we will cover the prevalence of eating disorders in communities of color, barriers to treatment, and how healthcare providers can spot the warning signs and symptoms in these communities.

Eating Disorders in People of Color

The stereotype that eating disorders only affect thin, white, cisgender teenage girls is not only incorrect but harmful. The inaccuracy of this idea has been demonstrated across several studies:

Even though communities of color experience equal, if not more, eating disorders than their white counterparts, the National Eating Disorders Association (NEDA) states, “People of color—especially African Americans—are significantly less likely to receive help for their eating issues.”

In addition to the barriers to treatment facing people of all races, people of color also experience unique racial and cultural barriers. This makes it especially difficult to reach out for help. Access to eating disorder treatment is still limited by a variety of factors. Some barriers include:

The cost of eating disorders care often depends on insurance coverage, which varies substantially between racial and ethnic groups. Though gains have been made in recent years, people of color are still more likely to be uninsured than their white counterparts. Financial barriers extend to logistical concerns as well, such as finding transportation to and from appointments, taking time off from work, and accessing child care.

Eating disorders can cause a person’s self-esteem and body image to drop drastically. This can cause one to feel like they are not worthy of treatment. For people of color, this can be compounded by Eurocentric beauty standards that have historically favored white, thin, blue-eyed, and blonde appearances.

Because of the historical emphasis on white European females with eating disorders, most of the field’s studies and treatments have been created with that population in mind. So with studies and treatment centering white women and with the social stigma that only young, cisgender white females experience eating disorders, you can see why people of color would be led to believe that they don’t need or deserve treatment. This history of white-centered eating disorder research has most likely contributed to people of color being underdiagnosed and undertreated in the healthcare system as well.

According to a report from the U.S. Department of Health and Human Services, “Racial and ethnic minorities have less access to mental health services than do whites, are less likely to receive needed care, and are more likely to receive poor quality care when treated” (McGuire & Miranda, 2008).

Even if people of color do go to their primary care doctor and express what they are experiencing, there is a chance that the provider will still not see the signs because of their own unconscious biases. If a provider does not recognize the signs of an eating disorder in a person of color, it makes it that much harder for the person suffering to find proper resources and treatment. The patient may not have a lot of knowledge on eating disorders and needs their provider to educate them about what they are experiencing and get them professional help.

Women of color with self-acknowledged eating and weight concerns are significantly less likely than their white counterparts to have been asked by a doctor about eating disorder symptoms (Becker, Franko, Speck, & Herzog, 2003). Though the clinicians were most likely well-meaning, implicit bias could have contributed to the missed diagnoses in the Black women in the study.

Expressing feelings and getting professional help for mental health issues can be seen as weak. Children may grow up hearing phrases like “Just pray about it,” “Don’t show that you’re weak,” and “Stop crying so much,” especially in particular communities of color. This can teach children to bottle their emotions instead of dealing with them, which can have a negative impact on their mental health.

What to Look For

Culturally competent screening is key to connecting people of all backgrounds with the care they need. The first step is understanding that eating disorders are common and affect people of color just as much or more than white individuals. Given the regular contact people have with healthcare professionals, it is essential for these providers to know how to detect the signs and symptoms. Here are some common health presentations of eating disorders to look for:

Healthcare providers are vital to early detection and intervention. They have the regular opportunity to complete eating disorder screenings with all their patients, catching signs of concern early on. The sooner a person is diagnosed with an eating disorder and starts treatment, the better the outcome will be overall.

If you are concerned about one of your patients exhibiting the signs of an eating disorder, take a look at the Refer a Patient page on our website for next steps.