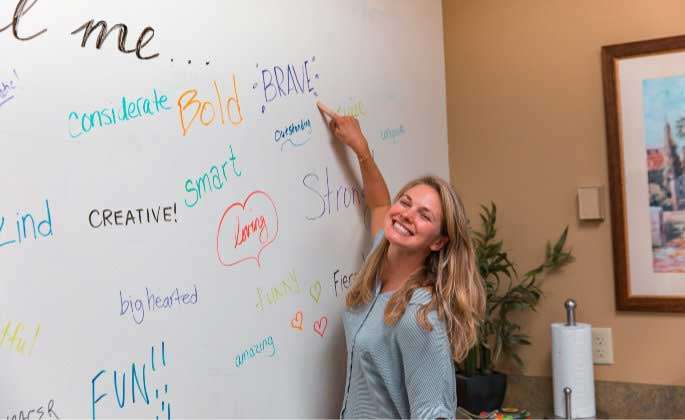 Jessie Diggins is an Olympic athlete and gold medalist in cross-country skiing who has won numerous other medals and honors at various championships around the world. In high school, Jessie suffered from bulimia, an eating disorder classified by the consumption of food followed by purging behaviors.

Jessie kicks off this episode of Peace Meal by sharing what it was like to grow up in Minnesota, where she accompanied her parents on ski trips at a young age and quickly found herself on the high school ski team. Despite being surrounded by positive encouragement from her parents and peers, Jessie found herself struggling with an eating disorder due to the pressure of maintaining a lean, athletic body.

Shortly after graduating high school, Jessie purged for the first time. She describes this experience by saying that it was when she first realized she had a problem. Even though Jessie knew her behavior was problematic, she was embarrassed and didn’t want to tell anyone due to fear of being judged. Luckily, Jessie’s parents knew something was wrong and confronted her about her behaviors and encouraged her to start treatment at The Emily Program.

Jessie’s eating disorder wasn’t about eating at all. It was about having control. In treatment, Jessie was able to develop coping skills and healthy emotional regulation skills. While treatment was “the hardest thing [she’s] ever done,” Jessie was able to find recovery and shortly after, win an Olympic gold medal.

After winning gold, Jessie knew she needed to use her platform for good and decided to partner with The Emily Program to raise awareness about eating disorders and encourage others to find recovery. Jessie wraps up the episode by answering listener questions and telling us what’s on tap for the rest of 2019.

You can find Jessie Diggins here.

Learn more about Veritas Collaborative at veritascollaborative.com or by calling 855-875-5812.

Peace Meal is a podcast that explores topics related to eating disorders, body image, and how society may influence our thinking. You can find Peace Meal on Apple Podcasts, Spotify, Stitcher, or Google Podcasts. If you enjoy our show, please rate, review, subscribe, and tell your friends!

Are you interested in being a guest on Peace Meal? Email podcast@accanto.com for more information.