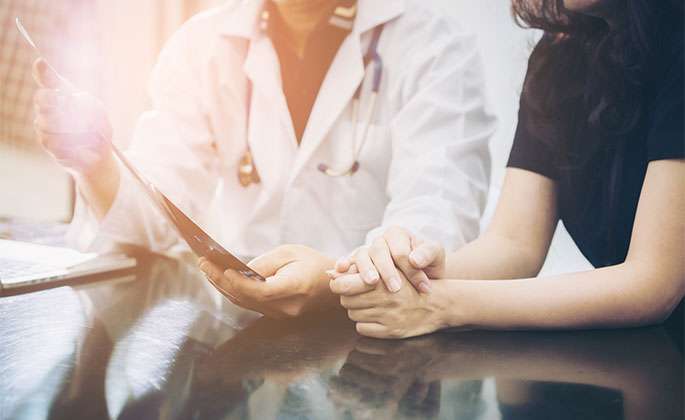 How Does Purging Affect The Body?

**Content warning: This post includes discussion of purging behaviors. Please use your discretion when reading and speak with your support system as needed.

Purging is a compensatory behavior experienced by many people with eating disorders. It refers to the act of compensating for or expelling food intake to influence body weight or “make up for” consuming calories. Purging is most commonly associated with self-induced vomiting but also includes the misuse of laxatives, diet pills, and diuretics, as well as excessive exercise. This is seen across eating disorder diagnoses, including bulimia, anorexia, and OSFED (Other Specified Feeding or Eating Disorder).

There are many side effects purging can have on the human body. In this blog, we will break down a handful of different physical consequences of purging to explore what the eating disorder behavior can do to the body in the long term.

When the body is malnourished, it will make sure essential functions (such as organ function and retaining muscle tissue) are the top priority. The body will take nutrients from other sources, such as hair, which contains a protein called keratin. This may cause the hair to become dry, frizzy, break, or even fall out. Hair growth can stop altogether to focus on keeping the body alive.

Forced vomiting puts pressure on the eyes, causing them to become red and irritated. This could also break a blood vessel in the eye, causing a large red patch in the whites of the eye, similar to a bruise on the eye. The eye sockets could also become sunken in and dark circles could appear under the eyes.

Repeated self-induced vomiting can cause serious damage to teeth. Vomit contains stomach acids that corrode the enamel that protects the teeth. When the enamel wears away, a cavity could appear. If a cavity doesn’t get filled, the tooth could become loose and fall out. This can also cause gingivitis, which makes the gums red, inflamed, and bleed when brushed or subjected to pressure. Teeth can also become stained with a yellow color, take on a more glass-like appearance, chip much more easily, become brittle, or even take on a different shape. Overall, it can be incredibly painful if sensitive parts of the teeth are exposed, and hot and cold food may be too painful to consume. Often, the effects on teeth are irreversible without surgery.

The acids in the stomach can also cause swelling of the face and salivary glands. There could be swelling around the jaw and cheeks. Experiences of painful mouth sores on the roof of the mouth, inner cheeks, inner lips, throat, and tongue are also common. Those sores can swell up and become infected. Dry mouth could also be experienced, and, when paired with the mouth sores, could be incredibly painful. Dry mouth can change the taste and texture of food, which may increase the likelihood of it getting stuck in the mouth or throat and possibly cause choking.

Frequent purging often causes dehydration; it can also throw electrolytes out of balance and strain the heart. This could also cause a heart attack or a seizure. Those with bulimia, for example, are five times more likely to have a heart attack and six times more likely to have coronary artery disease than those without an eating disorder. An irregular heartbeat is also more likely in those with an eating disorder. Prolonged dehydration can cause urinary tract infections, kidney stones, and even kidney failure, which could be fatal. Hypovolemic shock/low blood volume shock can also occur when there is a drop in low blood pressure and a drop in the amount of oxygen in the body.

Purging may cause skin to dry out or become scaly, rough, pale, and more likely to bruise or scar. Cheeks and other parts of the face can also become swollen. If fingers are used to induce vomiting, there could be permanent scarring or calluses from the teeth or stomach acid.

Hormonal imbalances may also occur in individuals who purge. Fatigue from the consistent purging may cause a low sex drive and could even stop female menstrual cycles. Females may no longer release eggs and males can have low to no sperm production, which could contribute to infertility.

If a person is pregnant and purging, there can be many complications, such as a miscarriage, premature birth, breech birth, birth defects, higher risk of cesarean delivery, and stillbirth. After a person gives birth, there can be issues or difficulties with breastfeeding and weight gain that can cause stress and could, in turn, exacerbate the bingeing and purging cycle even further.

Eating disorders often co-occur with depression, anxiety, bipolar disorder, and post traumatic stress disorder (PTSD). Eating disorders can cause people to feel shame and guilt about their compulsive behaviors. A person may even have a breakdown if they are denied purging after eating. The feelings of guilt may continue to manifest, reinforcing the purging cycle. Mood swings are common and there can be a lot of stressful feelings coming from purging. Stress is a common eating disorder trigger and could exacerbate the urge to purge. Irritability, guilt, isolation, secrecy, or physical self-harm may all be something a person is experiencing behind closed doors. As they struggle to try to hide the eating disorder, the person’s anxiety, stress, and mood may be a contributing factor in maintaining the eating disorder.

Eating disorders are, first and foremost, mental disorders and the second most fatal mental disorder. There are many long-term health issues that can follow a person for many years even after recovery. However, recovery is possible and getting treatment as soon as possible will help prevent irreversible physical effects.

The best thing to do when someone is exhibiting warning signs of an eating disorder is to get immediate help. Veritas Collaborative has many different care options and is committed to offering the very best evidence-based care to our patients. If you, a loved one, or a patient is struggling with an eating disorder, please reach out to us at 855-875-5812.