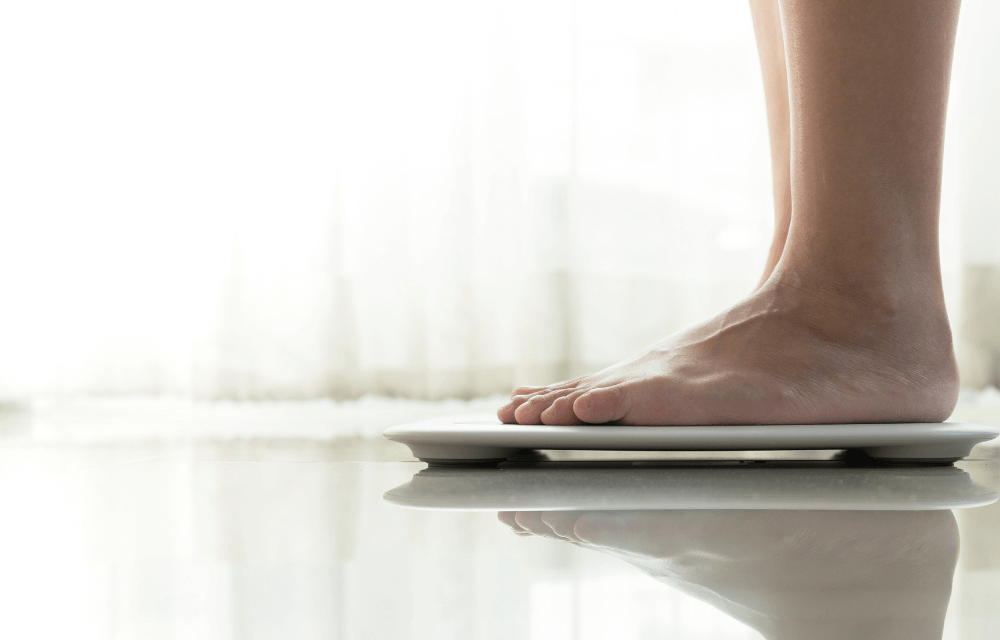 Anorexia nervosa is arguably the most well-known eating disorder in the Diagnostic and Statistical Manual of Mental Disorders (DSM-5). Although anorexia is the eating disorder people often think of first, public understanding of the prevalence and severity of the condition is still limited. In this blog, we will cover the basics of anorexia, including the signs, symptoms, and physical effects.

Low body weight, intense fear of gaining weight, and body image disturbance are the main characteristics of anorexia nervosa. There are two types of anorexia: restricting type and binge eating/purging type. Most commonly associated with anorexia is the restricting type, characterized by extreme restriction but no bingeing or purging behaviors. The binge eating/purging type of anorexia includes recurrent episodes of binge eating or purging, such as self-induced vomiting or misuse of laxatives, diuretics, or enemas.

Like other eating disorders, anorexia develops from a complex blend of genetic, biological, and environmental factors. The condition can affect people of any age, gender, sexuality, socioeconomic status, and race. According to Paediatrics & Child Health, anorexia is the third most common chronic illness among adolescents. In addition to being more prevalent than many realize, anorexia is also the most deadly eating disorder (Arcelus, Mitchell, Wales & Nelson, 2011).

Atypical anorexia is a similar eating disorder where all the diagnostic criteria of anorexia are met, except the person experiencing the restriction, body image disturbance, and fear of weight gain would be medically considered “normal weight” or “overweight.” This type of anorexia is similarly dangerous and deserving of care.

The warning signs and symptoms of anorexia include:

Anorexia is life-threatening because of the starvation that occurs, which has an immense impact on the body and brain. Anorexia can have both short and long-term negative effects on a person’s health. Below are different areas of the body that could be affected by anorexia.

As mentioned above, anorexia is the deadliest of all eating disorders. A significant number of anorexia-related deaths are due to heart failure. When anorexia goes on for an extended period of time, it can damage a person’s heart significantly. Common heart problems related to anorexia include arrhythmias, bradycardia, and hypotension.

Anemia can occur and weaken the blood, which can cause poor circulation and result in the heart not being able to pump and circulate blood properly. Severe anorexia can also cause muscle loss, which includes heart muscle. This can lead to congestive heart failure.

The integumentary system consists of skin, hair, glands, and nails. Starvation slows blood flow, which lowers body temperature and causes the tips of one’s fingers and ears to be tinted blue (Brown & Mehler, 2015). In response, the body tries to warm itself up by growing an excessive amount of fine hair—also known as lanugo—on the upper lip, arms, spine, and chin. Scalp hair is affected in the opposite way, with that hair thinning or falling out.

Nutrient and calcium deficiencies caused by anorexia can impair bone structure and lessen bone density and strength. According to studies, 85% of women and 26–36% of men with anorexia have either osteoporosis (loss of bone density) or osteopenia (loss of bone calcium). These conditions create a higher risk for bone fractures.

In addition to the complications that can occur in the skeletal system, people suffering with anorexia may experience brain damage as well. The nerve damage caused by anorexia can result in seizures, confusion, extreme irritability, and numbness in the hands or feet.

A 2010 study found that underweight individuals experience a decrease in brain gray matter. In addition to brain or cerebral atrophy, lowered gray matter can lead to slower functioning, memory loss, seizures, and other difficulties.

Starvation can cause difficulty concentrating, reasoning appropriately, or processing efficiently. This can lead to underperformance in school or work, which can be especially upsetting to those with anorexia, who tend to highly value achievement. Studies have shown that the concentration, reason, and efficiency issues caused by starvation can go away with weight restoration and long-term recovery (Roberto et al., 2010).

In the midst of anorexia, the gastrointestinal system can experience slowing of the GI muscles, impaired colonic transit time, delayed gastric emptying, constipation, and possible hepatitis. If purging by vomiting also occurs, tooth enamel can erode and esophageal tissue can tear and bleed. Purging in the form of laxative misuse can damage muscles in the colon.

In addition, all people who experience anorexia, regardless of gender, can have their sex hormones affected. In general, these individuals will have lower levels of estrogen and testosterone, which can affect potency and fertility. People with anorexia who menstruate commonly experience the loss of their menstrual cycle.

If detected and treated early, the short-term effects of anorexia can be remedied. If left untreated for years, the effect of depriving oneself of essential nutrients can cause permanent damage that leads to long-lasting health issues.

If you think you or someone you know may be suffering with anorexia, know that you’re not alone and that recovery is possible. There are people out there who understand what you are going through and professionals who know how to help you start the recovery process. Getting help is the first step to becoming free from your eating disorder.

Learn more about anorexia nervosa and other types of eating disorders here.