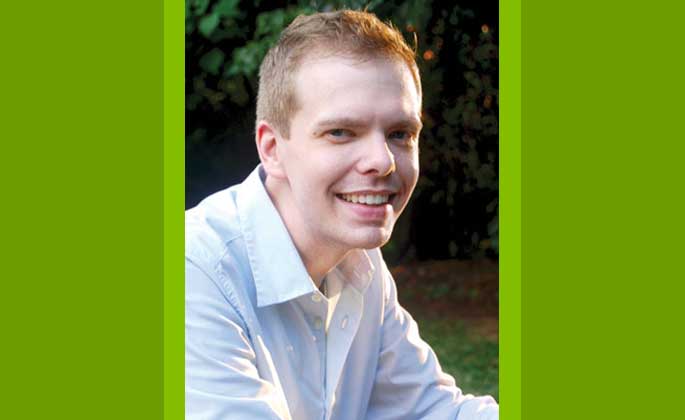 Chase Bannister will bid a loving farewell to Veritas Collaborative in June of 2017. He departs to form a consultancy practice, positioned to effect meaningful change across the field of eating disorders and to catalyze advancement in the broader health & mental healthcare landscape.

Over the past decade, Chase has become an increasingly prominent figure in the foundational architecture of the eating disorders field, nationally known for his commitment to center excellence, his gifts in constituency building, and his passion for professional integrity & practice ethics.

“It has been a privilege to collaborate with Chase and learn with him over the past 12 years,” shared Stacie McEntyre, Founder, President & CEO of Veritas Collaborative. “From our first work together at Duke University Counseling & Psychological Services, to our partnership in establishing Carolina House as a benchmark residential treatment center, and onward as we dreamt Veritas Collaborative into being, Chase held that excellence and integrity would be our guiding tenets, and to that, we hold so that patients and families may thrive. To that end, Chase now moves to serve the broader field at a critical juncture; countless patients, families, organizations, and professionals will be the beneficiaries of his gifts.”

Jeff Clark, Chairman of the Board of Directors, recalled the context of Veritas Collaborative’s inception. “I suspect few would’ve predicted that a chance conversation on a choir tour bus in Vienna, Austria, would lead to the founding of a company, much less a hospital system that would grow to have such a profound impact on the eating disorders field. And yet that is exactly what happened!” he remarked, recounting the first time he met Chase. “From that moment forward, I’ve been taken by his insight and wisdom as a driving force in the visioning of Veritas and as a torch-bearer for those on the margins. He has built vital relationships around the nation, earning the respect of those he encounters. Chase’s diplomatic prowess was key to the inclusion of eating disorders within the 21st Century Cures Act,” said Jeff, referencing the landmark legislation passed by Congress and signed into law by President Barack Obama in December 2016. “How fortunate Veritas has been to have Chase Bannister as a visionary leader. The evolution of his career naturally leads him to context whereby he can lend expertise to broader constituencies. We—alongside many—are privileged to have him as a champion and trusted friend.”

“I well-up with joy each time I see the ‘Veritas-Green’ laurel leaves,” said Chase. “They are, for me, an outward and visible sign of constant growth, of possibility, and of tender care. I’m convinced that—together—the people of Veritas Collaborative offer the best care for persons with eating disorders in the world. As a founder of this wonderful organization, I sense that a part of me will always live amidst the story that is Veritas Collaborative, and the beneficence of the team will nourish the better portion of my character and my being for years to come. I’m just so proud of everyone; every employee—whether in center care, culinary services, administration, education, outreach, and more—is an incredible gift to the world.”

Chase has offered expert guidance on mental health to the Food & Drug Administration, testimony to the US Department of Labor regarding access to care, and congressional briefings on eating disorders in the context of a changing healthcare environment. In 2016, he was invited to the White House to discuss eating disorders policy from his perspective as a healthcare executive. He continues to develop key relationships on Capitol Hill, playing a significant role in ensuring the inclusion of eating disorders policy within the 21st Century Cures Act—the first acknowledgment of eating disorders illness in the history of federal statutory law. A Phi Beta Kappa graduate of Wofford College, Chase was the first to earn concurrent graduate degrees in Center Social Work & Divinity from The University of North Carolina at Chapel Hill School and Duke University.

His new endeavor, Bannister Consulting, LLC, has a primary focus on key legislative initiatives, federal and state advocacy, research funding, and policy efforts to maximize access to care. Chase continues to speak around the nation, bringing to bear an unmistakable zeal, ever in the service of bringing ‘what could be & what can be’ into the light.