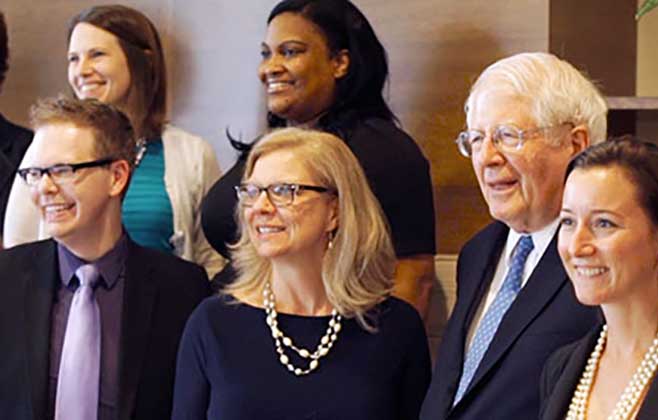 Veritas Collaborative was proud to host United States Congressman David Price (NC District 4). Representative Price toured our eating disorder treatment facility and met with a number of employees who are constituents of his district.

We were thrilled to learn a few days before the Congressman’s visit that he signed on as a cosponsor to The Anna Westin Act of 2015 (Anna’s Law). If passed, Anna’s Law would help prevent eating disorders by training health professionals, school personnel and the public on how to identify eating disorders; the eating disorder legislation also provides for more early intervention efforts around the United States. Additionally, the bill will provide better treatment coverage for individuals affected by eating disorders, decreasing out of pocket costs.

The Anna Westin Act is the first eating disorders legislation to receive bi-partisan support at introduction in more than a decade, and the strongest bi-partisan legislation of its kind ever introduced in the United States. Passage of Anna’s Law would be a momentous step toward increased awareness, education, and access to eating disorder treatment.