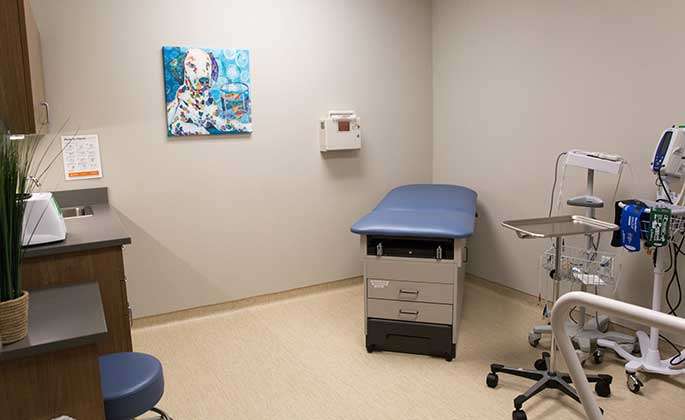 One of the most challenging center situations faced by a medical provider can be discerning when an eating disorder is present if accompanied by a co-morbid psychiatric disorder.

At times, patients will struggle overtly with weight or eating issues in the face of known mental illnesses including anxiety, depression, obsessive-compulsive disorder (OCD), and substance use. In fact, diagnostic criteria for depression include changes in appetite, eating, and weight. Individuals with OCD or anxiety may limit their food intake or binge eat in response to their emotional and physiologic states. Substance use can also alter appetite leading to changes in eating and weight. When first getting to know a patient, symptom overlap may make it difficult for a medical practitioner to ascertain if changes in weight or issues with eating are secondary to such psychiatric diagnoses, or if the patient has a primary eating disorder with comorbid diagnoses.

Initially, it may be challenging for a medical provider to identify the treatment needs of a person struggling with issues around eating, weight, and mental health. A multi-disciplinary team evaluation can be helpful. Often, family members or mental health providers become concerned that an eating disorder is present when a patient is in appropriate care for their presenting mental health concerns, but not making progress in improving weight or medical complications. Many patients with eating disorders have predating mental health issues but the weight or eating concerns are new, often a sign of co-occurring illnesses.

In some instances, weight restoration may be necessary before co-morbid diagnoses can be clarified. In a hallmark study of the physical and psychological impact of starvation, Ancel Keys showed that starvation dramatically alters mood and personality (Keys, et al., 1950). Patients who are starving can be irritable and have obsessional thinking about food and weight. For some patients, thoughts and depression may improve with nutritional rehabilitation. For other patients, however, weight restoration may unmask severe accompanying depression and even suicidality. As some individuals recover from an eating disorder, the loss of behaviors once used to manage distress can lead to increases in other behaviors such as self-harming and substance use.

How do we help these complicated patients? First, assess for suicidality and self-harm at every visit. Never forget that suicide is still a major cause of death in patients with eating disorders. Second, monitor and treat all medical complications, especially those related to starvation. For the starving brain, it does not matter which diagnosis is primary. The starving patient must be refed and medically stabilized before medications can be expected to work and before the patient is well enough to actively engage in therapy. For patients with a history of substance use, ongoing supervision and frequent drug testing allow providers to monitor for use which might impair recovery during treatment. Comorbid mental health issues must be identified, addressed, and monitored in parallel to treatment for the eating disorder.

The article Psychiatric Co-morbidities of Eating Disorders originally appeared on page 13 and 14 in The GEORGIA Pediatrician.